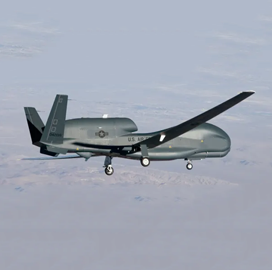 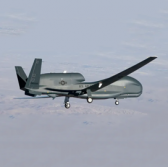 Northrop Grumman  plans to increase the production of MQ-4C Triton and RQ-4 Global Hawk unmanned air vehicles to 12 UAVs per year at its Site 7 facilities in Palmdale, Calif., as it expects to see a rise in demand for intelligence, surveillance and reconnaissance systems, FlightGlobal reported Thursday.

The company will kick off production at a building on the U.S. Air Force's plant 42 in the week of Aug. 26 and has secured customers for variants of its UAVs, including the Air Force, U.S. Navy, NATO, Australia, Japan and South Korea.

“This is probably one of the largest single investment I've seen in 20 years,“ Doug Shaffer, vice president and program manager of Global Hawk and Triton, said of the additional production capacity at Site 7.

Previously, Northrop manufactured up to five Triton and Global Hawk aircraft per year. It usually takes between 162 and 172 days to produce the UAVs.