The U.S. Air Force has launched and initiated connectivity of a Lockheed Martin-built communications satellite.

The satellite launched on a United Launch Alliance-made Atlas V 551 rocket and undocked from the vehicle after almost six hours.

“In the weeks ahead, AEHF-5 will move towards its operational orbit, deploy all of its solar arrays and antennas, and turn on its powerful communications payload for a rigorous testing phase prior to hand over to the Air Force,“ said Mike Cacheiro, vice president for protected communications at Lockheed Martin's space business.

The AEHF constellation works to provide strategic and tactical military communications across the globe. It also supports foreign allies such as Canada and the U.K. The sixth AEHF satellite is scheduled for launch later this year. 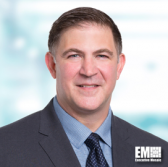