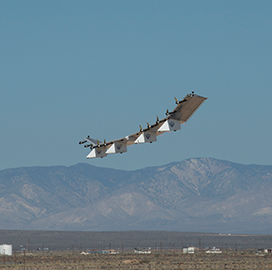 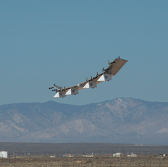 AeroVironment has completed the initial flight of a solar-powered unmanned aircraft system under a partnership with Japanese company SoftBank.

AeroVironment and Softbank formed HAPSMobile, a joint venture that aims to leverage high-altitude platform station technology to fly the aircraft at 65K feet from the Earth’s surface.

HAWK30 features 10 electric motors with solar panels on the 260-foot-long wing's surface. The aircraft is geared to support continuous missions that will last for months without stopping.

“The first flight of HAWK30 builds on more than two decades of pioneering HAPS technology development and demonstration by the AeroVironment team, and comes only two years since SoftBank joined us in this endeavor,“ said Wahid Nawabi, president and CEO at AeroVironment.