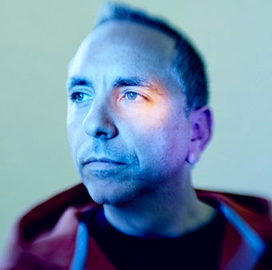 Chris Lynch, CEO and co-founder of Washington, D.C.-based software startup Rebellion Defense, told Defense One in an interview published Friday that the company sees itself as a strategic partner developing software and other technology platforms in the national defense market.

Lynch said the company is interested in technologies such as machine learning, artificial intelligence and computer vision as well as in products that offer high scalability“ and have the ability to process large data workloads in support of civil and military personnel supporting the Department of Defense's missions.

He described Rebellion Defense as a “venture-backed company, building an organization that is focused on national defense “¦ that sees selling to defense as the primary business that we are in, and commercial [products] is an opportunity at some point down the line.“

Lynch also mentioned the company's plans over the next year.

“We're going to hire some of the best talent that there is in the entire country,“ he said. “We've already been well underway on our research lab around a bunch of things on artificial intelligence, looking to hire the lead of the AI lab. We've got other product lines that are going to be starting.”