Boardman worked as chief engineer of the solid rocket motor for NASA's Space Shuttle and director of space launch propulsion at the now-defunct ATK.

Firefly added that Robert Lightfoot, former acting administrator at NASA and a 2019 Wash100 awardee, has left the firm's advisory board. He now serves as vice president of strategy and business development for Lockheed Martin's space segment. 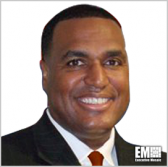