The company expects to receive a contract this month for the integration of autonomy and communications payloads into the XQ-58A Valkyrie, a Kratos-made experimental UAS designed for stealth combat.

Kratos is developing Valkyrie with Air Force Research Laboratory, but will test the payloads for a different, undisclosed U.S. defense entity.

Valkyrie had its maiden flight in March this year. 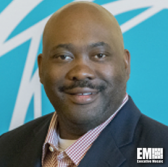