The mission kit has been incorporated into the U.S. Air Force's HH-60W Combat Rescue Helicopter as part of the flight tests and has met the Department of Defense's Future Airborne Capability Environment requirement, Lockheed said Monday.

According to Lockheed, the mission kit uses two common mission processors and is designed to adapt to data link, sensor and countermeasure system updates. 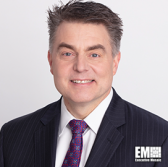