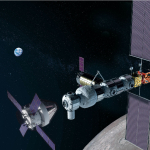 Boeing and the U.S. Air Force are still in talks over the terms of a potential $605 million “undefinitized contract action“ awarded in April to build the 11th satellite for the Wideband Global Satellite Communication constellation to provide broadband connectivity to the U.S. military and allies, SpaceNews reported Sunday.

The Air Force Space and Missile Systems Center said in a statement that it is assessing the company's bid “along with potential hosted payload options.“ Boeing and WGS program office leaders are getting ready for a systems requirements review.

A spokesperson for Boeing said the company is proposing to use its latest bus technology and digital payload to produce WGS-11, which the service branch said could be ready for lift-off within five years. The WGS-10 satellite is currently under the in-orbit testing phase and is expected to become available in October 2020.