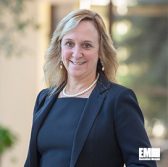 Carey Smith, chief operating officer of Parsons, said the company’s move to consolidate its federal and infrastructure business units into a single structure has resulted in the elimination of stovepipes, Inside Defense reported Monday.

“We have the ability to share technology across the entire company, and there are no stovepipes anymore,” Smith, a two-time Wash100 Award recipient, told the publication.

In November 2018, Parsons moved to combine the two business units to align the company’s end-to-end platforms with its client set and develop joint research-and-development projects.

Smith said the company will remain focused on cyber, missile defense, space and intelligence markets and sees opportunities to broaden its work with the U.S. Air Force and the U.S. Navy. She also offered updates on the integration of Polaris Alpha, which Parsons acquired in May 2018.