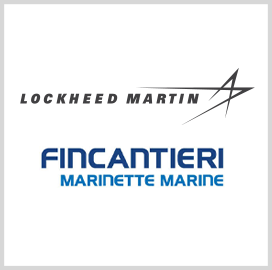 Lockheed Martin and Fincantieri Marinette Marine have laid the keel of a new littoral combat ship to commence the vessel's construction. The future USS Nantucket, or LCS 27, underwent a keel-laying ceremony in Wisconsin where Polly Spencer, the ship's sponsor, had her initials welded on the vessel's keel plate, Lockheed said Wednesday.

Richard Spencer, secretary of the Navy, 2019 Wash100 Award winner and the sponsor's husband, said the ship will support operations ranging from humanitarian relief to power competition.

LCS units are designed to engage near-shore threats and enemy submarines. Freedom-variant ships, such as LCS 27, travel at speeds over 40 knots and use Mark 110 guns and rolling airframe missiles to attack threats. The future USS Nantucket will be the 14th ship within the Freedom-variant class of LCS.