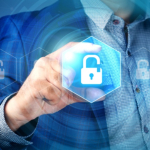 NASA may request for an extension of the testing of SpaceX’s emergency escape system, which was designed for the Dragon spacecraft, in the middle of an expiring deal with Russia, Spaceflight Now reported Monday.

If the space agency decides to lengthen Demo-2, the upcoming in-orbit crewed test flight of the Dragon spacecraft, then U.S. astronauts Bob Behnken and Doug Hurley would stay at the International Space Station longer than initially planned.

The potential extension would help NASA maintain U.S. staffing aboard the station as the space agency’s agreement to secure seats on Russia’s Soyuz spacecraft nears expiration.

Kirk Shireman, space station program manager at NASA, said the agency’s last Soyuz seat under the existing deal will take off on a March 2020 launch, and that Soyuz may return to Earth in October of the same year.