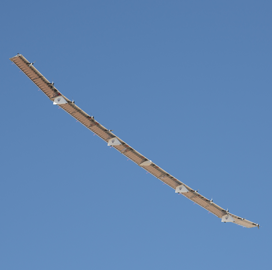 HAPSMobile, a joint venture between Japan-based SoftBank and AeroVironment, has completed the second trial flight of a solar-powered unmanned aircraft.

The aircraft flew for about an hour and 30 minutes with the achievement of altitudes higher than those recorded during its first test flight.

“We’ll carefully verify the data from this test and move forward with preparations to conduct stratospheric flight tests,” said Junichi Miyakawa, president and CEO at HAPSMobile as well as  representative director and chief technology officer at SoftBank.

The company will bring HAPSMobile to Hawaii for stratospheric test flights before March 31 next year.