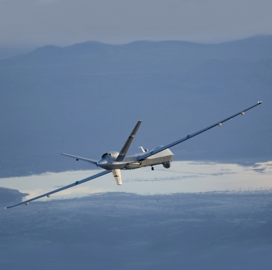 A series of remotely piloted aircraft systems built by General Atomics’ aeronautical systems business has logged over 6M flight hours in support of the U.S. military, Department of Defense and other clients worldwide.

The company said Monday its Predator series of RPAs have performed 430.4K aerial missions with 90 percent intended for combat operations.

The aircraft units recorded over 500K mission hours from 1993 to 2008 and have seen an increase in figures in the following years. Currently, 69 Predator-class RPAs log an average of over 60K flight hours per month in the performance of disaster relief and warfighter ground support missions.

“The demand for our aircraft is consistently answered by our team of employees, suppliers, and partners who work hard to meet our customers’ dynamic mission requirements,” said David Alexander, president at General Atomics’ aeronautical systems business.