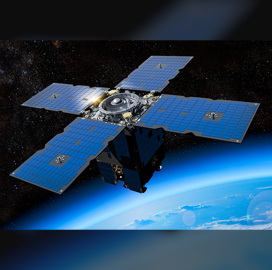 NASA's Jet Propulsion Laboratory designed and built the mercury-ion Deep Space Atomic Clock to test the potential of the technology to support exploration and navigation efforts in the solar system, the company said Friday.

Scott Forney, president of General Atomics' electromagnetic systems business, said the company will continue to help the agency and the lab operate DSAC through the year-long trial phase.

“We anticipate OTB to remain mission capable for up to seven years, providing customers with a significant timeframe to perform and complete their individual mission objectives,” said Nick Bucci, vice president of missile defense and space systems at GA-EMS.