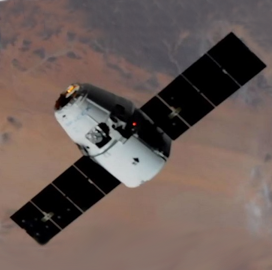 SpaceX's Dragon spacecraft has docked at the International Space Station for a month-long stay at the in-orbit facility following a launch from Cape Canaveral Air Force Station.

The spacecraft docked at ISS' Harmony module, a utility port that connects cargo spacecraft to the station's laboratory facilities.

SpaceX has been deploying Dragon for Commercial Resupply Services missions since 2012. The spacecraft also supported the fourth and 11th CRS missions in 2014 and 2017, respectively.

The company holds a multibillion dollar contract for the second phase of the CRS program that serves as NASA's commercial medium for ISS supply deliveries.