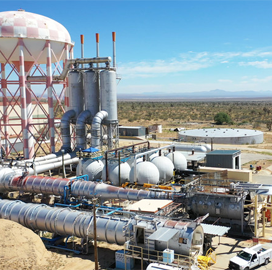 Blue Origin has partnered with the Air Force Research Laboratory to build a test hub that will work to accommodate the development of a lunar lander engine.

The facility will enable the simulation of a space-like environment along with the integration of potential liquid oxygen and hydrogen propellant features into the BE-7 engine, Wright-Patterson Air Force Base reported Tuesday.