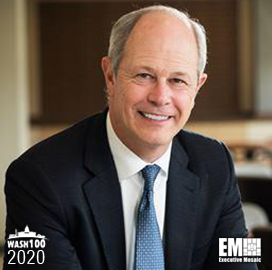 Executive Mosaic is thrilled to announce Kevin Phillips, president and CEO of ManTech International, as an inductee into the 2020 edition of the Wash100 Award for leading the company's growth and pushing for innovation to improve technology implementation for the federal government as well as its policies to protect government customers and employees.

This marks the fourth consecutive year that Executive Mosaic has awarded Phillips a Wash100 Award. His commitment to improve federal policies, the vetting process and open architecture demonstrates the level of achievement for Phillips in the industry, which is why he has earned his fourth Wash100 Award, the most prestigious and coveted award in all of government contracting.

Previously, Phillips received his Wash100 Award in 2019 for leading ManTech's growth by securing major contracts with federal agencies across the GovCon sector. He has also advocated for new leadership, innovation and change around technology in the federal government.

Phillips continues to be the driving force behind ManTech's financial growth and his support in assisting the federal government in implementing emerging technology and initiatives has led him to remain one of the top executives in the GovCon industry.

Under his leadership, ManTech received a $325M indefinite-delivery/indefinite-quantity contract to provide administrative, scientific and technical support for the DHS' Science and Technology Directorate in Sept. 2019. Since being awarded the contract, the company has helped in research, development, test, evaluation and the creation of future acquisition programs.

“As our nation confronts rising challenges from hostile states and criminal hackers, we are Bringing Digital to the Mission at DHS in innovative ways that advance their strategic and tactical goals while safeguarding vital IT and network assets end-to-end,“ said Phillips.

In addition, Phillips, along with much of the GovCon industry, has said that the government should be open to sharing information about its employee vetting process with the industry in order to prevent future security breaches. He argues that contractors want to use the information to identify potential insider threats, not to monitor personnel.

“If the information goes to every insider threat lead for every company, that's great,“ said Phillips during an interview in Jan 2020. “They're going to be trained. They're going to be expected, if that's the security professional, to be the same person.“

Phillips has also advocated for open architectures to help government customers introduce new features into an existing platform faster. He urged contractors to work with the government as it moves toward adopting multitenant, multidomain systems.

He argued that vendors and agencies should also collaborate to simplify the certification process for new technology offerings and equip products with security features in Sept 2019.

Executive Mosaic congratulates Kevin Phillips and ManTech on receiving his fourth Wash100 Award. Phillips' leadership and vision to improve federal policy, assist in technology implementation and drive company growth for ManTech has earned him a great reputation across the industry. 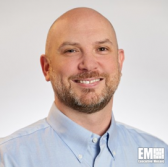 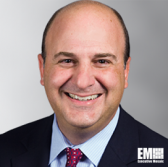