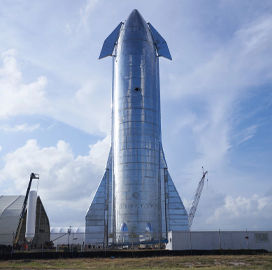 SpaceX has started building the bulkhead that will be attached on top of a prototype Starship spacecraft, TechCrunch reported Monday.

According to SpaceX CEO Elon Musk, the Starship SN1 rocket is expected to take off within two to three months and each succeeding variant of the spacecraft will incorporate minor updates.

Musk also revealed that SpaceX will move the construction of succeeding Starship rockets from the company’s Boca Chica, Texas location to an enclosed facility in a move to mitigate the effects brought by winds on stainless steel welding.

In a separate tweet, Musk noted the Starlink service will be offered to clients from the Carribean between 2020 and 2021.

SN1 replaces the original Starship Mk1 prototype and is designed to carry out high-altitude test flights for the company.