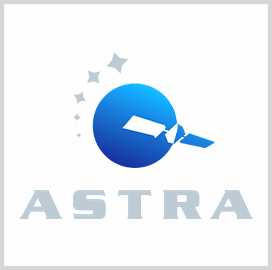 As part of the competition, Astra will send a spacecraft identification tool called the Space Object Automated Reporting System, an experimental satellite called Prometheus and three ARCE-1 satellites to sun-synchronous orbit or 155 to 280 miles from Earth.

DARPA selected the Louisville, Colo.-based firm along with Vector Launch and Virgin Orbit’s VOX Space business for the Launch Challenge in April. Astra, then unidentified by DARPA, became the sole competitor after the two other companies backed out.

The agency will award $2M to Astra if it successfully launches the payload to the designated orbit. DARPA will also award an additional $10M for a completed second launch within 14 days.

Astra will facilitate both launches at the Pacific Spaceport Complex in Alaska’s Kodiak Island. The company plans to launch the second rocket between March 18 to 31.