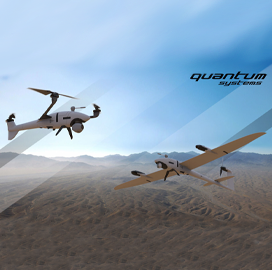 The Scorpion tricopter is designed to use a tethering system and function in an urban environment and ISR mission sets, Auterion said Monday.

Fixed wings and a tail segment can be incorporated into Scorpion in order to convert the system into Vector, a fixed-wing vertical takeoff and landing vehicle, and to support long-range missions.

Both sUAS platforms use an open source operating system and comply with the Department of Defense's Group 1 UAS architecture when combined with Auterion's Enterprise PX4 and ground station software offerings as well as a company-built handheld GCS.

Scorpion and Vector are designed to use Quantum-Systems' qBase command-and-control software.

Moorpark, Calif.-based Auterion is involved in different aspects of UAS manufacturing from components to finished units.

Quantum-Systems is headquartered in Germany and develops VTOLs and mission operations software. 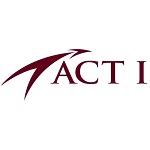 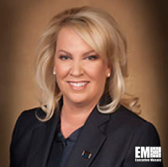