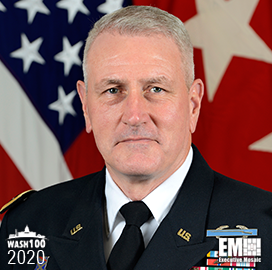 Executive Mosaic is honored to present Gen. John Murray, commanding general of Army Futures Command, as an inductee into the 2020 edition of the Wash100 Award for leading the Army's modernization efforts and improving relations with small businesses.

In July of last year, Murray announced the transition to full operational capability of AFC, which is headquartered in Austin, Texas. He told reporters during a media day that another aspect of the command's modernization push is the “early and often integration of soldier feedback into what we’re working on, which is another thing we [as an Army] did not used to do very well.“

Months prior to that announcement, the U.S. Army Research, Development and Engineering Command joined AFC and changed its name to Combat Capabilities Development Command. The move is part of the service's effort to transform its approach to modernizing critical core capabilities that will provide warfighters and allies a decisive edge in battle.

In May last year, Murray laid out his priorities and targets for improvement at an Association of the United States Army event. Those include the need for adaptable growth in future systems, the push for the multidomain operations concept and the need for the Army to change its culture of risk aversion.

He mentioned the importance of having military-to-civilian and military-to-industry conversations about the uses and threats of artificial intelligence. “AI is coming to the battlefield, it's not a question of if, it's when and who,“ he added.

Murray has repeatedly emphasized the importance of small businesses in advancing the Army's modernization priorities. “Small businesses are key to our success,“ he said during a press briefing.

He also acknowledged some of the lessons learned and challenges faced by the service branch when it comes to working with small businesses. “We've gotten better, but we're nowhere near where we need to get in terms of working with small businesses and startups. And you're dealing with a lot of culture and a lot of bureaucracy that kind of makes us move slow “” a lot slower than we need to be,“ he said at the Austin Startup Week in September.

Murray cited the need for the Army to change its budgeting process to help meet the needs of small businesses. “The way we do budgeting, [program objectives memorandum] POM cycles and all that “” a small business can't survive. We're going to have to prove to small businesses that we can adjust our POM cycles to meet their needs,“ he said at a Defense News conference.

Executive Mosaic congratulates the Army and Gen. John Murray on his 2020 Wash100 Award selection. Gen. Murray's commitment to modernize the Army's capabilities and improve relations between the service branch and small businesses, the civilian sector and industry will make him a top executive in GovCon for years to come. 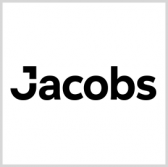 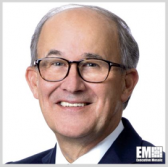