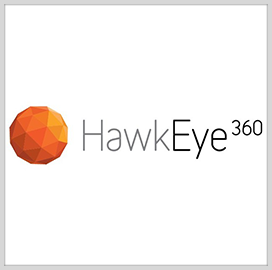 HawkEye 360 has named Martin Faga of the National Reconnaissance Office, Joan Dempsey of Intelligence at the Defense Intelligence Agency and former senator Joe Donnelly to its advisory board to add defense and intelligence expertise, the company announced on Thursday.

“The addition of Marty, Joan, and Joe further deepens the breadth of experience and valuable knowledge on our HawkEye Advisory Board,” said John Serafini, CEO at HawkEye 360. “We could not ask for a more exceptional group of Advisors to lead HawkEye 360 in our mission to create a safer world through advanced RF analytics.”

He served as assistant secretary of the U.S. Air Force for space and from 2006 to 2009, he served on the President’s Intelligence and Advisory Board. Faga has received several honors and awards for his work from intelligence and government agencies.

“Hawkeye 360 is pursuing a new dimension in commercial space,” Faga said. “I am happy to have the opportunity to contribute to this fascinating and important new business.”

Dempsey, former deputy director at the DIA, will provide the board with invaluable insights in intelligence, security and business. As senior partner and executive vice president for Booz Allen Hamilton’s defense and intelligence group, she supported technology advancements and aligned them with the company’s consulting heritage.

Before joining the private sector, Dempsey served more than 25 years with the federal government, including deputy director of Central Intelligence for Community Management and executive director of the President’s Foreign Intelligence Advisory Board.

“I look forward to working with HawkEye 360 as it develops its unique data analysis and collection capabilities using RF signals,” Dempsey said. “As the world grows more complex, defense and intelligence agencies must employ more sophisticated tools, such as those HawkEye 360 is building.”