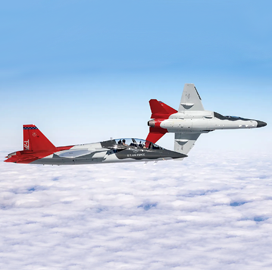 As part of the Air Force’s “Reforge Proof of Concept” effort, the Air Combat Command plans to launch a five-year experiment to test next-generation trainers like the T-50A which have the capacity for over 3K sorties and 4.5K flight hours per year.

T-7A, which is under development and is slated to undergo potential modifications, will be unavailable for experimentation.

The first of the T-7A fleet is slated for delivery by 2023, according to the report.