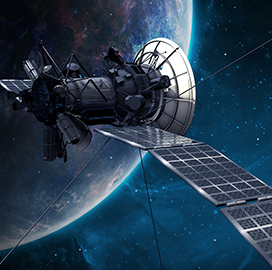 The Department of Defense is seeking potential contractors to develop mobile ground stations to exploit, fuse and transmit data from space-based sensors through a competitive prototyping project that could last for 24 to 30 months.

A TITAN platform should be able to decrypt automated wideband data signals, autonomously manage tasks and function for a time after being disconnected from linked networks and integrate with artificial intelligence and machine learning applications.

DUI noted the competition is open to U.S. companies that can deliver two to six prototypes for testing and evaluation by the end of the two-phase effort.

The unit will accept proposals until April 4.

StackRox has received a contract from the Department of Homeland Security to help a large U.S. financial services provider  protect cloud-based applications through the implementation of a Kubernetes and container security platform.

The Defense Advanced Research Projects Agency has asked industry to submit research concepts for “revolutionary security technologies” that can help protect the increasing number of internet of things-based devices.