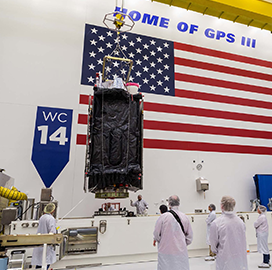 The two bring their expertise to serve as adjunct senior fellows for CNAS’ Military, Veterans and Society Program, the organization said Thursday.

Haynie has produced research on the relationship between national security and gender, with coverage on military activities, extremism, leadership and terrorism. She has contributed both active duty and reserve service to USMC, and advised the branch's leaders on a variety of topics such as the Women, Peace and Security agenda.