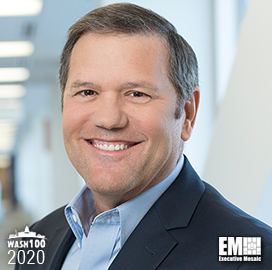 Executive Mosaic is honored to present Jim Brinker, president and general manager of Intel Federal LLC, as an inductee into the 2020 Wash100 Award for expanding the company's information technology, cyber and artificial intelligence technology through notable partnerships, which grew Intel's revenue and presence in the GovCon Sector.

This marks Brinker's first Wash100 Award. Brinker has used his expertise in the industry to develop new technology initiatives and projects throughout the year.

Brinker joined Intel in Q1 2015. One of the first things Jim contributed to was the Extreme-Scale Computing for Precision Medicine white paper.  This was in support of the Government's National Strategic Compute Initiative.  He believes Intel's continued focus on extreme-scale computing will significantly contribute to the advancement of personalized biomedicine.  Jim is a strong advocate of developing digital models sophisticated enough to accurately predict which treatments work best for curing cancer and other diseases.

In HPC Wire, May of 2016, Jim shared his view on why the National Strategic Computing Initiative (NSCI) is important for the United States to lead High-Performance Computing (HPC) efforts to help chip away at some of the world's toughest challenges (i.e. disease control, climate research and energy efficiency) and why the government needs to stay involved.

In January of 2019, Brinker assumed the role of President and General Manager of Intel Federal based in Washington D.C.  In this executive leadership role, one of the first announcements was Intel Federal's contract to deliver the first supercomputer with performance of one exaFLOP in the United States. The system is being developed in partnership with DOE and Argonne National Laboratory. The system will be used to dramatically advance scientific research and discovery.

Jim also has long been considered a thought leader within the D.C. based government community.  During the past year, Jim has presented at various conferences and summits including the SAP Gov19 conference on Data-Driven Intelligence for Government, The Intel Federal Summit held at the MGM Grand, and the Global Markets conference held in San Francisco. He discussed how Intel is enabling a data-driven culture to address the growing needs in High-Performance Computing (HPC), Artificial Intelligence (AI), Security, Cloudification and intelligence in the DataCenter, the Network, and At The Edge.

Most recently, Intel has announced new initiatives the company will continue to work toward. In Feb. 2020, Brinker said that edge-level data processing will help drive artificial intelligence implementation for the development of smart cities.

According to Brinker, 5G will catalyze the development of smart cities and “optimize virtually every aspect of their operations“ with the help of AI and predictive analytics. He cited use cases such as traffic management to accelerate energy efficiency, improvement of disaster response, training of self-driving cars and AI-based analysis of drone-obtained data.

“As the U.S. confirms its commitment to AI development, the technology will undoubtedly become an even bigger part of the fabric of our everyday lives, although we may never realize it,“ Brinker said. “Ultimately, our traffic will flow a little smoother, cities will be a little safer and emergency response a bit quicker.“

Executive Mosaic congratulates Intel and Jim Brinker for his 2020 Wash100 Award. Brinker's continued dedication to emerging technologies, developing new partnerships and expanding the company's revenue proves that he is a notable figure in the GovCon sector. 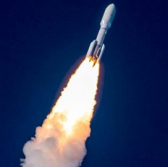 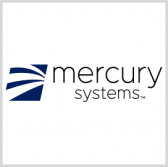