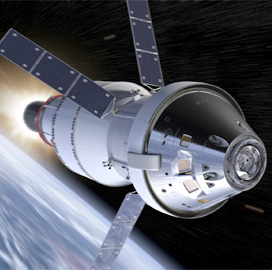 Lockheed Martin and NASA have concluded environmental tests of the Orion spacecraft in Ohio before the final preparatory procedures, Space News reported Sunday.

Kennedy Space Center will receive the spacecraft to conduct final preparations with Jacobs for the upcoming first Artemis mission.

“We didn’t discover anything that was going to pose major problems for us to operate the spacecraft,” said Jules Schneider, Lockheed’s director of assembly, test and launch operations for Orion.

The space agency marked the testing's completion with a ceremony at the station Saturday.

Orion will fly on the Space Launch System rocket for the uncrewed Artemis 1 mission that aims to certify the spacecraft for future manned missions. NASA plans to pursue the mission next year.