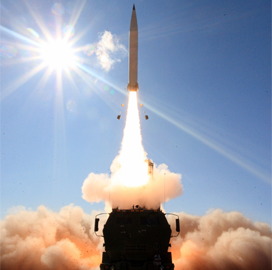 The company said Tuesday it test-launched the Precision Strike Missile via the High Mobility Artillery Rocket System, or HIMARS, and met all requirements.

The Army intends to use PrSM for a variety of operation types such as attack, suppression and neutralization.

The demonstration marks the missile’s second test launch and follows an initial flight that took place in December.