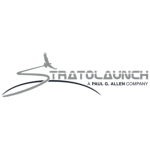 Mark Bitterman, vice president for government relations and business development at Stratolaunch, told attendees at the Next-Generation Suborbital Researchers Conference in Colorado that the company is working to achieve Federal Aviation Administration certification for monthly test flights of the Stratolaunch-built world's largest plane.

In April 2019, Stratolaunch first flew the all-composite aircraft that weighs over 500K pounds and can reach speeds of 189 miles per hour.

“Our business plan is built around the operation of a fleet of vehicles with both government and industry customers,“ said Bitterman. “What we're looking at essentially are customizable, reusable and affordable rocket-powered testbed vehicles, and associated flight services.“

He added that the company is “still looking for partnerships“ in efforts such as sending payloads on suborbital missions through the company's hypersonic platforms.