Blueprint Consulting Services Group has announced its intent to rebrand as Excelicon, effective Feb. 24, the company reported on Wednesday.

“As we continue growing and expanding our services to meet the needs of more government agencies, we need a brand that corresponds with our innovative approach and experienced team. I look forward to what the future holds for our company under this new brand,” said Tushar Garg, Excelicon CEO.

Blueprint Consulting was founded in 2011. Since its opening, the company has reported rapid growth and revenue expansion, rising by 392 percent over the past three years. Blueprint’s rebranding as Excelicon, including a new name, logo and website, was announced in recognition of the company’s achievements.

The company has scaled government’s changing landscape and has been recognized in 2019 as a SECAF Government Contractor of the Year Award Finalist, finished number 12th on the Washington Business Journal’s Fast 75, a NVTC Tech 100 winner and an Inc. 5000 fastest growing company finishing in the top 22 percent.

The company’s efforts within the contracts have focused on breaking into new horizons.  “I’m very proud of our company and where we have been able to go in the past nine years,” added Garg.

Excelicon (formerly Blueprint Consulting Services Group) has been a trusted advisor, helping government customers increase efficiency, get the best value and bring systems into the modern era. With contracts with several Federal Agencies, Excelicon is dedicated to the delivery of high-quality service to clients that uphold ethical and humane missions that support our nation’s security, resilience and health. Excelicon consultants apply their advanced technical acumen on the ground, working with clients side-by-side to ensure a stronger government for all. Excelicon is committed to Excellence.

The Department of Energy has cleared a funding vehicle worth potentially $1.355B for a public power consortium-led project that includes construction of a small modular reactor plant by NuScale Power, which Fluor holds a majority stake in. Fluor said Monday it plans to support Utah Associated Municipal Power Systems and NuScale in establishing a clean-energy SMR system through UAMPS' Carbon Free Power Project. 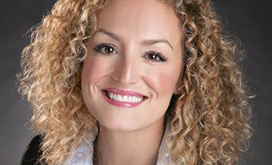 Blue Origin is working to convince the U.S. Air Force to continue to fund the development of the New Glenn rocket in order to get it certified to perform national security missions, SpaceNews reported Monday. “We’re discussing with the Air Force the path forward for certification,” said Megan Mitchell, director of government and legislative affairs at Blue Origin.