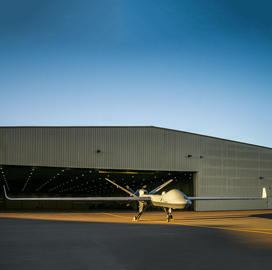 This milestone comes as General Atomics prepares to deliver SkyGuardian to the U.K. Royal Air Force. U.K. RAF will rename the aircraft to the Protector RG Mk1.

“Production has already begun on BC04 and prior to delivery, it will be used for Combined System Test and weapons testing,“ said David Alexander, president at GA-ASI.

The governments of Australia and Belgium have also expressed intent to purchase the MQ-9B multimission RPA.