ACT-IAC Study: $7.4B Worth of Task Orders Awarded Through EIS Telecom Contract 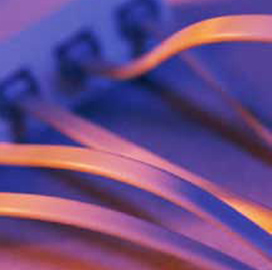 A case study of the General Services Administration’s Enterprise Infrastructure Solutions contract conducted by the American Council for Technology – Industry Advisory Council shows that federal agencies have awarded 37 task orders worth over $7.4B combined under EIS in just over a year.

Other agencies that have used EIS to meet their telecommunications and information technology needs are the Social Security Administration, Department of Defense Education Activity, NASA and the Department of Veteran Affairs, according to the study.

The report noted that agencies have advanced innovation in task orders. Of the 109 solicitations that have concluded GSA’s in-scope review process, 79 have integrated the expansion of voice over IP or Ethernet and 27 have included software-defined, wide-area network capabilities.

“GSA’s EIS breaks new ground by providing agencies with the ability to draw upon industry best practices, provides a transition path to emerging transformational technologies, and offers a modern replacement for legacy products and services,” ACT-IAC wrote in the report.