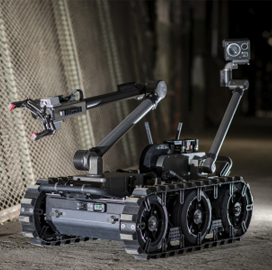 Centaur is designed to neutralize improvised and unactivated explosives and perform other tasks that require handling of hazardous materials during chemical, biological, radiological and nuclear defense operations.

Endeavor Robotics, which FLIR acquired last year, was chosen by the Army in 2017 as an EOD robot supplier.

U.S. armed forces have placed more than $65M in orders for almost 500 Centaur systems since March.

FLIR is scheduled to commence deliveries under the two new orders in the third quarter.