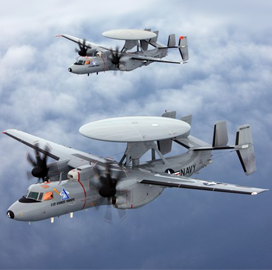 CPI Aero said Tuesday it secured an initial order worth $8.1M in February last year under a multiyear contract and estimated that the additional orders bring the contract's potential value to $51M.

"Work under these new orders has already commenced with the vast majority of revenue expected to be recognized in 2020 and 2021 with deliveries scheduled through 2023," said Douglas McCrosson, CEO of CPI Aero.

The company has supported Hawkeye manufacturing efforts since 2008.