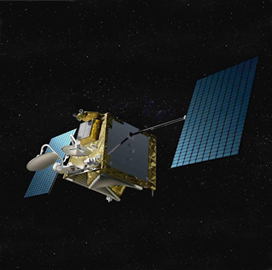 Blue Canyon secured a $14.1M contract to build satellite platforms for Blackjack, which seeks to establish an integrated network of overhead persistent infrared sensors and commercial satellites in low-Earth orbit.

In May 2019, DARPA released a solicitation for potential offerors to help integrate satellite buses and military payloads for the Blackjack program.

Both Blue Canyon and SA Photonics are part of DARPA's vendor pool for satellite equipment and payload technologies.

DARPA intends to send an initial two satellites to orbit later this year and launch an additional 18 platforms by 2022.