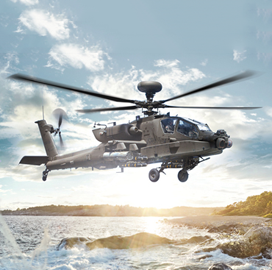 Lockheed Martin and Northrop Grumman's Longbow joint venture has reached a milestone with the recent delivery of the 500th fire control radar system designed to work with the AH-64 Apache attack helicopter.

Lockheed noted that FCR deliveries to the international market will continue over the next eight years.