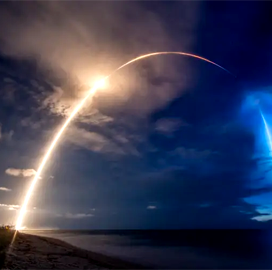 SpaceX’s Falcon 9 rocket lifted off Saturday to bring another batch of Starlink broadband satellites and three Earth-observing satellites from Planet Labs to low-Earth orbit as part of a rideshare mission, CNET reported Sunday.

The mission came a week after SpaceX launched a batch of 60 Starlink satellites and a deployable visor satellite and two weeks after the company’s Crew Dragon spacecraft sent two NASA astronauts to the International Space Station as part of the Demo-2 test flight mission.

SpaceX has so far deployed more than 500 Starlink satellites to orbit. The rideshare mission brings the total number of orbiting SkySat spacecraft to 18.