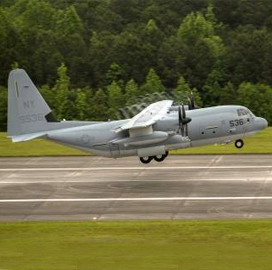 VMGR-452, nicknamed the Yankees, has used Hercules planes over the past three decades to support international missions such as Operations Enduring Freedom, Desert Storm and Iraqi Freedom.