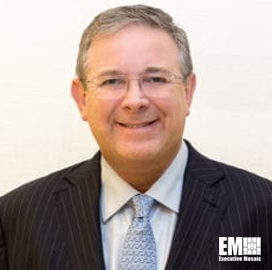 PredaSAR will build a constellation of 48 synthetic aperture radar (SAR) satellites, and has projected that the Earth observation (EO) startup will begin commercial operations with satellites on-orbit by 2021, earliest, ViaSatellite reported Wednesday.

“We’ve all been working on this for a long time.” said Marc Bell, executive chairman and co-founder of PredaSAR, told ViaSatellite.

“Tyvak has put over 220 satellites in orbit already. So, we’re not really a startup, we’ve been doing this a long time. And so we have a lot of experience and we manufacture most of our components in house. It was very cost-effective for us to go and build this.”

PredaSAR was founded in 2019, and announced $25 million funding to produce satellites. The development team has been led by Rokk3r Fuel. Bell noted that PredaSAR will work to serve the national security interests of the U.S. military. The satellite constellation will have both government and commercial customers the day it is operational.

“The beauty of building it with the U.S. military and government in mind is we’re building things to a much higher specification, much higher quality, much more redundancy than you would for a commercial customer. And so commercial people benefit from everything that we’ve done,” Bell added.

During production, PredaSAR will focus on constructing raw SAR data, as opposed to offering solutions platforms with their data. PredaSAR has projected that the company will sell raw data to customers that have the capability to process it themselves.