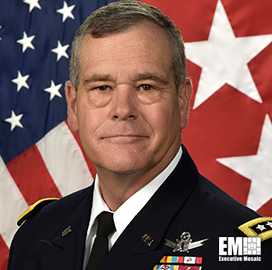 The Space Command was established in Aug. 2019, formerly led by chief of Space Operations Gen. John Raymond, 2020 Wash100 Award recipient, who also held the position of the head of the Space Force. In Dickinson's new role as commander, his priority will be to develop a new unified command focused on protecting military space assets against new threats posed by Russia and China.

“Gen. Dickinson clearly has got the warfighting piece down. General Raymond continues with the standup of the Space Force. It lets those respective commanders have singular focus on the two different pieces without them clashing into each other,“ said Brig. Gen. Shawn Bratton, deputy director for operations at United States Space Command.

His key staff assignments include chief of staff, U.S. Strategic Command; director for Test at the Missile Defense Agency; deputy to The Inspector General, Office of the Secretary of the Army; and deputy Director for Operations, National Military Command Center, J-3, Joint Staff, among others.

Gen. Dickinson is the senior Air Defense Artillery Officer in the U.S Army. His awards and decorations for his distinguished support and efforts within national defense. 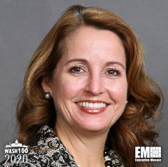 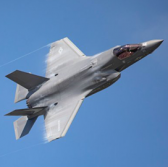