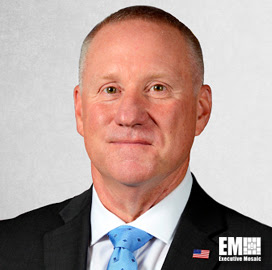 Perspecta has appointed Michael Londregan as vice president and campaign manager to develop business relationships across government and industry, the company announced Monday.

Londregan will focus his expertise to grow and strengthen opportunities with Perspecta's trusted workforce strategy. He will bring a deep-rooted expertise in the federal government, serving more than three decades within the sector prior to joining Perspecta.

Before his new role, Londregan served in a variety of senior leadership positions with the Defense Intelligence Agency (DIA). Most recently, he held the position of director of communications, where he led the DIA's congressional engagement program, ensuring flow of information between DIA and critical oversight committees.

Londregan also supervised staff and managed a multimillion-dollar budget. He directed communications and outreach programs to enhance relationships with employees, Department of Defense (DoD), media outlets and the public, to increase awareness of the DIA's contributions.

In the role, he piloted the standardization of security procedures and policies to ensure information sharing and reciprocity between agencies. Londregan's contributions led to the relaunch and chair of the Allied Security and Counterintelligence Forum. He also created new methodologies that streamlined the security clearance process and reduced risk and streamlined TSA screening procedures.

Londregan holds a bachelor's degree in liberal arts and criminal justice from St. Anselm College and a master's degree in national security strategy from the National War College.