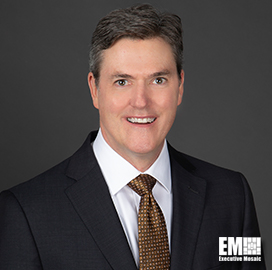 Science Applications International Corp. (SAIC) has been awarded more than $286 million in national security contracts during the second quarter of fiscal year 2021, the company announced Tuesday.

“This quarter, the Department of Defense and U.S. intelligence communities awarded SAIC contracts to manage and modernize their engineering and IT systems,“ said Michael LaRouche, executive vice president and general manager of SAIC's National Security Group.

“While we've maintained a traditionally strong SE&I base of awards, our classified, space, and defense customers are now also coming to us for a broader set of solutions, including digital engineering, analytics, software development, and IT modernization,“ LaRouche added.

SAIC has supported federal agencies' missions of digital transformation and have helped to provide a unified, interagency view for decision-making. National security agencies have invested in technologies including digital engineering, cloud migration and the Internet of Battlefield Things (IoBT).

The company's recent award of the $950 million ceiling indefinite-delivery, indefinite-quantity (IDIQ) Advanced Battle Management System contract was won during the quarter but not included in its total award value. SAIC stated that the U.S. Air Force contract has demonstrated the need for a trusted integrator for Joint All Domain Command and Control efforts.

“We are excited to expand the scope of services we deliver to these customers and collaborate on their digital transformation,“ concluded LaRouche.

SAIC previously reported that the company secured contracts worth more than $650 million combined during the first quarter of its 2021 fiscal year to support national security customers such as the Department of Defense (DoD) and intelligence community (IC).