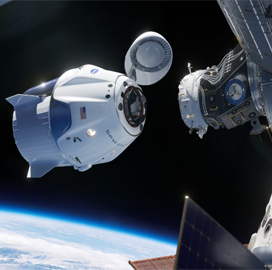 NASA astronauts Douglas Hurley and Robert Behnken have returned to Earth aboard SpaceX“™s Crew Dragon spacecraft after spending 64 days in orbit as part of the Demo-2 mission to the International Space Station.

Endeavour, the nickname of the Demo-2 capsule, splashed down at 2:48 p.m. Eastern time Sunday in the Gulf of Mexico, the agency said Monday. Behnken and Hurley were immediately flown to Houston after reaching the shore off the coast of Pensacola, Fla.

The spacecraft launched from Kennedy Space Center on May 30 and docked with the ISS around 19 hours later.

During the mission, Behnken and Hurley supported investigations aboard the orbiting laboratory involving capillary structures as well as water flow and droplet formation.

Endeavour is slated to arrive at SpaceX's facility in Florida for processing and inspection.

Gwynne Shotwell, president and chief operating officer of SpaceX and three-time Wash100 awardee, said the mission will help "start the journey" toward regularly transporting passengers to low-Earth orbit as well as the moon and Mars.

"Congratulations to the NASA and SpaceX teams for the incredible work to make this test flight possible," said Jim Bridenstine, administrator of NASA and past Wash100 Award recipient. “It“™s a testament to what we can accomplish when we work together to do something once thought impossible."

SpaceX expects data from the assessments to support preparations for NASA certification as well as the first rotational mission known as Crew-1 slated for late 2020. 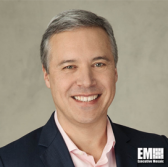 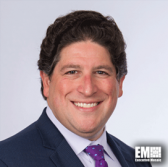