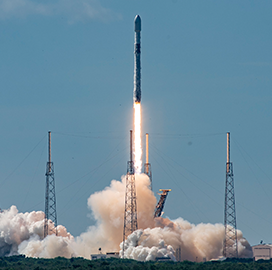 SpaceX plans to have Starlink up and running globally by next year.

Starlink satellites come in a compact, low-volume design, and have features to mitigate orbit debris.