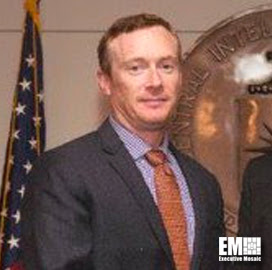 The Department of Defense (DoD) has announced a new data strategy, intended to drive the defense department to more effectively use data. Dave Spirk, the recently appointed chief data officer (CDO) for DoD, said that the strategy will support a “joint warfighting” approach to data collection, management and use. Spirk was appointed to the role in June 2020.

Under the new data plan, military branches will work in unison with data across the DoD enterprise. Spirk said the strategy will be supported by a new “hub-and-spoke” model where data literacy is recognized throughout the department.

One of the spokes in the model would be to deploy “edge data teams.” The teams will be modeled off a current program in Special Operations Command (USSOCOM) where cadres of experts are sent to battlefields to collect, use and help generate usable datasets. Spirk said that the intent would be to gather “operational data” that reflects ground-realities and informs critical decisions.

Deputy Defense Secretary David Norquist has endorsed the idea. “As we start to think about Secretary Norquist himself demanding that we make this turn, the exciting thing is we also have … men and women in the field, in the trenches, demanding that they have the capability to use technology that they use in their normal lives,” Spirk said.

Spirk said the DoD has developed a catalog of people who understand data that will be on the initial teams and fill other data-specific positions. Other leaders have spoken of the need to strengthen the military’s talent management systems to best use people’s skills in technology.

To create more “data hubs,” Spirk said the DoD has expanded its CDO council to include data leaders from the combatant commands and the DoD’s components, instead of just representatives from the services and military departments.