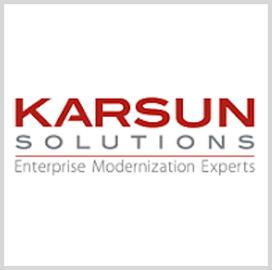 The company was tasked to update GSA's point-of-sale application under the initial $5.2M award announced in June and noted it also helps the agency manage database and application middleware servers through a $35M task order awarded in 2018.

Karsun is also among the six companies holding a position on the $96M Enterprise Data Information Management BPA from the agency.