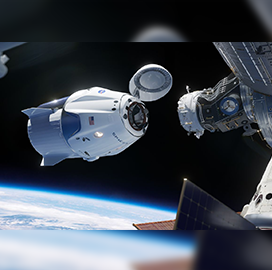 SpaceX and NASA are conducting final reviews of modifications to the company's Crew Dragon capsule ahead of its launch to the International Space Station scheduled for Oct. 31.

The team made the announcement at a press briefing shortly after confirming the Crew-1 mission's launch date this week, SpaceNews reported Tuesday.

Kathy Lueders, associate administrator for human exploration and operations at NASA, told reporters that most of the Crew Dragon certification activities, including program-level assessments, have already been completed.

“We're just in the process of finalizing the last few pieces of our documentation needed to close our human rating certification plans,“ she noted.

Hans Koenigsmann, vice president of build and flight reliability at SpaceX, added that the team integrated updates such as heat-shield and parachute deployment modifications to prevent challenges that resulted from the Demo-2 mission.

“We saw some flow phenomenon that we really didn't expect, and we saw erosion to be deeper than we anticipated,“ he said.

Other updates to Crew Dragon include increased capacities to support four passengers while remaining in orbit for up to 210 days.