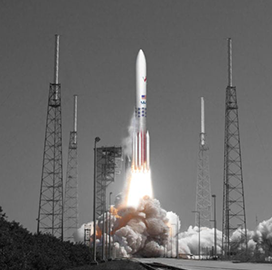 Mark Peller, vice president of major development at United Launch Alliance, has said the company plans to update its Vulcan Centaur rocket to include a three-core booster in a push to address future market needs, SpaceNews reported Friday.

He added that the company is “continually studying the evolution” of its product line to potentially support emerging requirements for cislunar and low-Earth orbit missions.

According to Peller, the current single-core Vulcan has the capacity to meet criteria for heavy-lift vehicles and the company is not looking into developing the rocket’s heavy version soon.

“A three-core Vulcan Heavy is just one of the many things that we’re looking at right now. That’s pretty far out on the horizon,” he said.

“We will continue to evolve our upper stage to meet the needs of the market going forward.”

Peller’s comments come after Tory Bruno, president and CEO of ULA and former Wash100 Award recipient, posted a model of a Vulcan rocket with a heavy configuration on Twitter.