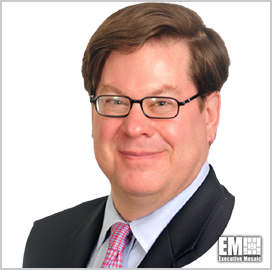 A Telesat subsidiary will participate in a Lockheed Martin-led team that won a contract from the Space Development Agency to provide space vehicles with communication links to explore interoperability between commercial and government satellites.

Telesat U.S. Services will test hardware and software on a low-Earth orbit emulation system to support the SDA's Transport Layer Tranche 0 program and demonstrate the potential of government satellites to interoperate with the Telesat LEO network, the company said Tuesday.

SDA awarded Lockheed and York Space Systems separate contracts worth $281.5M combined in August to facilitate on-time delivery of 20 spacecraft for the initiative.

Don Brown, general manager of government services at Telesat, said the company intends for its LEO architecture to help customers bring the performance of space networks on the same level as that of terrestrial networks.

He added the company seeks to help Lockheed and SDA "demonstrate how interoperability with the commercial space networks can effectively drive better results for government connectivity.”

Sue Gordon, a board member at CACI International and a two-time Wash100 awardee, has been selected as the recipient of the 2021 William Oliver Baker Award from the Intelligence and National Security Alliance for her three-decade public service.

The National Geospatial-Intelligence Agency is soliciting ideas for how interested vendors can update and maintain a data analytics technology in the intelligence community's Commercial Cloud Service and Unclassified C2S environments, according to a request for information notice posted Tuesday.

Triumph Group has extended Daniel Crowley’s term as president and CEO for an additional five years. Crowley, who held the role since 2016, will continue in his capacity through Nov. 17, 2025, Triumph said Wednesday.