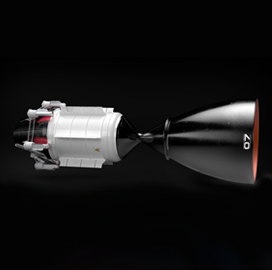 Seattle-based Ultra Safe Nuclear Technologies has developed a propulsion concept as part of NASA-funded research into systems for potential use in deep space test flights.

The concept employs a variant of USNC-Tech's Fully Ceramic Micro-encapsulated fuel product, supports high-temperature operation and produces thrust and specific impulse at levels that were only possible with high-enriched uranium, the company said Monday.

"This allows us to leverage the advancements in nuclear technology and infrastructure from terrestrial systems and apply them to our space reactors."